How to Become an Infamous Liar 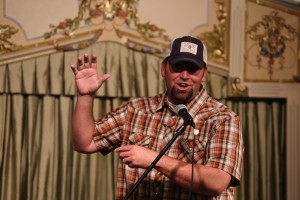 I was late posting this article because I had a drip in my bathtub, which turned into a gush that filled my tub and spilled out into hallway. Before I could reach the water main the whole basement was flooded and I had to swim with the pipe wrench in my mouth down to the valve. The valve was stuck tight and I couldn’t turn it, so I swam up for air and was washed out into the yard, down the gutter and into the Provo River. Eventually my husband picked me up in our ski boat while I was bobbing in Utah Lake with the pipe wrench still in my mouth.

Not a likely excuse for a late article? You’re probably right, but it does have the makings of a good tall tale. At this summer’s Timpanogos Storytelling Festival we will be celebrating our 25th year by featuring some of the winners of the Utah Biggest Liars Competition which was held at the end of March. As these storytellers brush up on their lies, I thought it would be a good time to take a closer look at this truly American art form and get some tips from an expert.

A tall tale, according to Carolyn S. Brown in The Tall Tale in American Folklore and Literature,  is “a fictional story which is told in the form of personal narrative or anecdotes, which challenges the listener’s credulity with comic outlandishness, and which performs different social functions depending on whether it is heard as true or as fictional.” Or in other words, a tall tale begins as a believable recollection that gradually becomes so unbelievable and funny that the listener has to make a conscious decision to accept it as fact, just for the fun of it.

Tall tales are nothing new, of course. American folk literature is filled with outlandish stories of larger-than-life characters. Some say that tall tales originated from the bragging contests that often occurred when the rough men of the American frontier gathered. 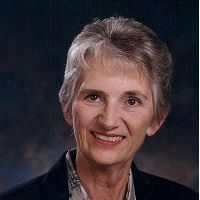 I learned a few things about how to tell a good lie when I spent some time with storyteller Donna Ingham at the Timpanogos Storytelling Conference held in March of 2014 in Provo, Utah. Donna has become known for her hilarious tall tales having been named the Biggest Liar in Austin seven times, Houston twice, and San Antonio once. She also won the first Biggest Liar in Texas competition in 2005 and then reclaimed her title in 2011. She says that she did not set out to be a liar, but lying has been thrust upon her. She occasionally tells the truth, but then it’s hard to know sometimes.

“Start with the truth”

I asked Donna to share some of her best tips for telling a lie and here is what she told me:  “Start with the truth, I say. One of the criteria judges use (at least in Texas liars contests) is “believability.” It’s important to realize that a lie is, after all, a story, and a writer/storyteller tries to infuse any story with “human interest and a semblance of truth,” to quote Samuel Taylor Coleridge. To achieve believability means writing/telling about what you know–one of the cardinal rules of writing in general. Create characters based on people you know in settings you know engaged in familiar situations/conflicts/plots (giant fruits or vegetables, for example, or fish stories or weather stories, to name a few traditional folklore motifs). Tone is important too: You must give the appearance of being “truthful” in the telling, keeping a straight face and assuming the persona of one who is telling the “round, unvarnished truth,” to quote Huck Finn.

“The stretching is all about exaggeration.”

Then stretch the truth, I say, relying on the listener’s willingness to suspend judgment about how implausible the narrative might be. This is what Coleridge call the “willing suspension of disbelief.” The stretching is all about exaggeration, of course, fantasy paired with whatever reality you have established so far. Larger-than-life characters, outrageous situations, and outright bragging are stretchers as are colorful similes, metaphors, and other descriptive language (“meaner than a mama wasp,” for example).”

That’s great advice from a seasoned veteran and  a college professor with a Ph.D. in English (can you tell by the way she snuck in quotes from Coleridge and Twain?). Start with the truth, remember that it is a story (with a beginning, middle, end, and  action- not just a list of details), create believable characters, tone is important- keep a straight face, and then exaggerate with the most descriptive language you can find. To find out more about Donna, visit www.donnaingham.com.

We heard some big whoppers at the Utah’s Biggest Liar competition. If you missed it, don’t worry, you’ll get your chance to hear the winners at this year’s Storytelling Festival on August 27-30. As for me, I’ve got to get back to wringing out my clothes.