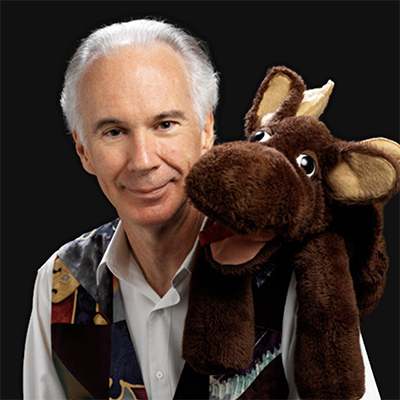 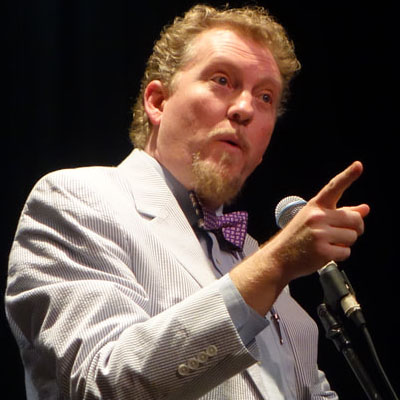 Tim Lowry says no other storytelling festival does a festival quite like the Timpanogos Storytelling Festival. “They put the ‘fest’ in ‘festival,’” Lowry said.

This year will be Tim’s third time as a featured teller at the Festival, and he’s looking forward to the interaction and exchange of energy and ideas. “I need this!” he said. “I’m a very social creature by nature and this gives me a chance to interact.”

Tim, who grew up in Kentucky, has wanted to be in show business ever since he visited the Ringling Bros. and Barnum & Bailey Circus when he was six years old. In elementary school, he played Scrooge in A Christmas Carol and Jed Clampett in A Beverly Hillbillies Christmas. He also played the part of King Herod in the annual church Christmas pageant—after he proved he could look wicked when he raised one eyebrow at a time.

As a teenager, Tim formed a puppet company providing entertainment for children’s birthday parties. His fee was $20 per show, but he offered a $5 discount if they gave him a ride as he was not old enough to drive.

Tim became a storyteller when the High School National Forensic League considered dropping storytelling from its roster of competition events. “It was dearly loved, and it would’ve been really sad to lose it. We made such a fuss that when they entered me for the competition, I couldn’t turn it down.” Lowry went on to tell stories all through high school and very quickly saw that it could be a career for him—it was the perfect combination of show business and human interaction.

An award-winning high school drama student, Tim toured the United States in 1987 with a Broadway-style musical, performing in more than a dozen states. As a theater major in college, Tim studied Shakespeare and romantic opera, but when he took a storytelling class, he found himself at home. After college, he taught English language arts for five years, but his love of show business caused some to consider his teaching methods “unorthodox and disruptive.” In 2000, Tim left the classroom to pursue a career as a professional storyteller because he believes the world needs storytelling. (Ironically, he is now an educational consultant, bringing creative and innovative programs to schools across the country.)

In 2012, Tim began touring nationally on the storytelling festival circuit, performing on stages from Connecticut to California. Occasionally, Tim also provides applied storytelling workshops for corporate and nonprofit groups. Tim received the Oracle Award from the National Storytelling Network in 2020 for exceptional commitment and exemplary contributions to the art of storytelling in the Southeastern Region of the United States.

Tim loves storytelling because the stories are never the same twice. “That’s the great difference between storytelling and other theater pieces,” he explained. “Other live theater is very carefully planned. Storytelling is organic with the stories chosen and told in response to audience reaction and makeup.”

Tim is hoping to introduce Smokey and Stinky to this year’s Festival crowds and intends to tell a “very tasteful” story about the COVID-19 virus, Helen Keller on Zoom!

Get your tickets now and join us on September 8-10 in Lehi, Utah’s stunning Ashton Gardens at Thanksgiving Point. 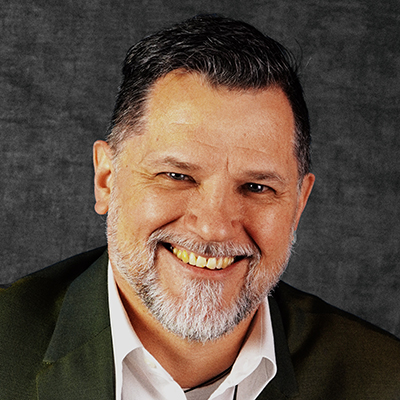