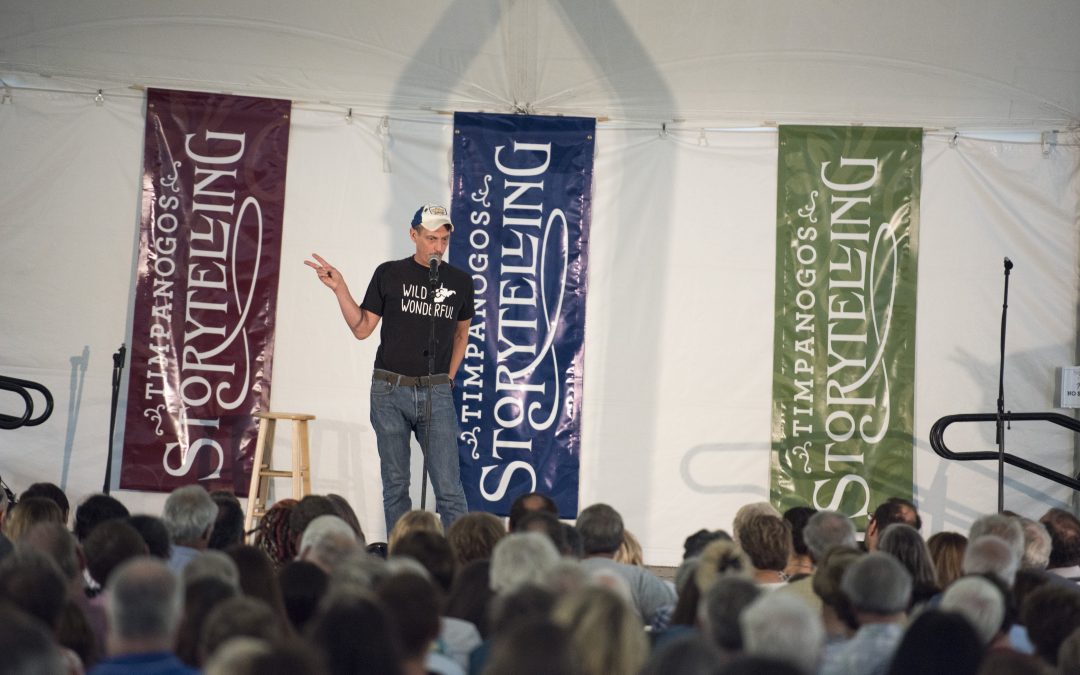 We asked Bil Lepp to share some of his memories of the festival as well his thoughts on storytelling in general. As usual, he tells it like it is.

Q- As you know, this is our 30th anniversary and we’re so happy you will be celebrating this milestone with us. As a veteran of the festival would you please share some of your memories of the festival?

A- Timp is one of my favorite festivals! I don’t always answer my phone if I don’t recognize the number, but if the area code is 801, I pick up on the first ring.

I did the Exchange Place at the National Festival in 2000. That was really my first introduction into full fledged storytelling. Shortly after that I got a phone call from Janet Low. She asked if I would be a New Voice and said something like, “We can offer you (…) hundred.” Up to that point I had never made more than $100 for telling stories. And I said, “(…) hundred what?” She laughed and said, “Dollars.” I was blown away.

Timpanogos was the first festival I was invited to as a full fledged teller, even if I was just a New Voice. I was going to be on stage with the big names! The festival was then still at The Homestead and I performed with, I think, Syd Lieberman, Carmen Deedy, Bill Harley, David Holt, Waddie Mitchell, and others. To be honest, I was so new I didn’t even know who most of those people were. I did know Harley was a big shot and a great teller. On Friday night at the SCERA Shell I was telling the Buckdog story and Bill & Syd were in the front row. They were laughing very hard and nudging each other. I’m sure now that they were laughing at how awful I was, and nudging each other as if to say, “Who is this yokel?” But I like to think they were impressed with my telling, and that has always been a very proud moment for me.

I miss the SCERA Shell. That was a great venue. I think it is still the largest single audience I have ever performed for, and the roar of that crowd on a breezy summer night was confirmation that my hours spent telling in sweaty school gyms and church basements to 300 kindergartners or 8 retired ladies were worth the while.

Of course the new venue at Thanksgiving Point is wonderful as well. I’ve only been there once, but I am certainly looking forward to being back this year. I’m sure I’ll come to love it as much as the Homestead, and Timpanogos park.

And the people that run the festival, from the staff to the lowliest volunteer, are some of the best folks in the storytelling community. I don’t want to name names because I don’t want to leave anybody out, but I have to mention that Stephanie A. was my first van driver at Timp, and it has been fun to grow as a teller at Timp while the festival has grown and people like Stephanie have grown in responsibility. Also, I can’t forget Dale, the intrepid and unflappable sign language interpreter.

Q- What is one piece of advice you could give our young tellers or anyone who would like to share their stories?

A- A storyteller isn’t presenting a story to an audience. The teller and audience are working together to get the story told. You’ve got to pay attention to the audience and respond to how they are hearing the story. All good storytelling is a conversation, an extension of the supper table or the front porch. When you are telling a story to your friends or family, other people are asking questions, interrupting, interjecting, contradicting and having various emotional reactions. A good teller responds to the input of the listeners. When you are on stage hopefully people aren’t vocally interjecting or worse, contradicting, but you have to be aware that the audience is an active participant in the story. Also, you gotta listen to what the other tellers tell. If you’re anything but first in the line-up, you are continuing a conversation, not starting a new one.

Finally, know you’re story and be confident. You can be nervous, but if you’re ill at ease your audience will be too. You want your audience cheering for you, not worrying about you.

Q- Our theme this year is Timeless Tales. In what way do you think storytelling is timeless or timely?

A- Whether you are telling ancient stories, traditional stories, serious stories, true stories or tall-tales, you are talking to people of all ages. When you get everybody from the grandchild to the grandparent laughing, or otherwise engaged in your tale, you are spanning generations and and uniting the feelings and memories of everyone involved. In that way, you are spanning time. If you have a 9 year old, a 45 year old, and a 95 year old simultaneously remembering when they were each 7 years old you have breached the space time continuum: you have three people- or 3000 people- actively reliving and reveling in separate events that happened decades apart but are happening all over again in the present moment. That’s pretty timeless. As for timely, if stories didn’t teach timely and timeless values they wouldn’t still be being told 1000s of years after they were created. If you see trouble, and you know it’s trouble, don’t pick it up! is a message as timely now as it was then. 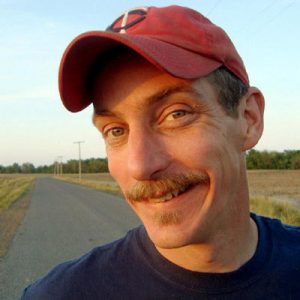