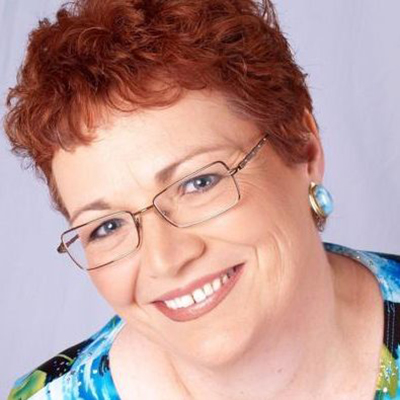 With her trademark wit, warmth and humor, internationally known, award-winning storyteller and educator Geraldine Buckley has been involved in storytelling, speaking, conducting workshops, and coaching for over thirty years in the US, Canada, England, Holland, South Africa, Spain, and New Zealand. Known primarily for personal stories that make people laugh and think, Geraldine teaches workshops, and performs in conferences, colleges, schools, corporations, and house-concerts. She has appeared as a featured teller in festivals throughout the US, including the National Storytelling Festival,in Jonesborough, TN. Until January 2010, Geraldine was the Protestant Chaplain at the largest men’s prison in Maryland, an adventure that gave her many stories. Since then she has conducted storytelling workshops in prisons in the US, and also in Rimutaka, New Zealand’s largest men’s prison. She often does her prison stories in university criminal justice departments, and well as giving workshops for public defenders and criminal social workers. However, Geraldine doesn’t just have stories about prisons. Indeed not! In her eclectic past she has been, among other things, a minister in a large London Church, a radio DJ, a television newsreader, an events director, a ghostwriter, a food critic, a magazine editor, and an award-winning performance poet. She has a habit of stumbling into inadvertent adventures, and her stories leave listeners both entertained and moved. Geraldine is frequently heard on Sirius radio, and is the recipient of two gold awards from Storytelling World as well as many other accolades. She has recently released her third storytelling CD, “Tea In The Slammer,” which has received excellent reviews. Geraldine has as an MA in Communication from Regent University and lives in Frederick, Maryland, 45 minutes from Washington DC. Find out more on her website www.geraldinebuckley.com