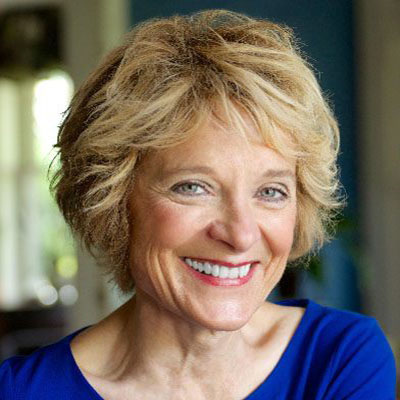 Dolores talks with her hands. And her elbows. And her shoulders. When she speaks, she is literally irrepressible.” That’s how one reviewer described Dolores’ vivacious style that fills the stage with wit, energy, and a swirl of characters that populate her stories of family fireworks, food fads, true love, turnip greens, and other peculiarities of everyday life. Her award-winning personal stories, oral histories, medieval adventures, and traditional tales are, as one reviewer said, “…smart but not cynical, heartwarming yet never corny, traditional without being mundane…a neat feat!”

Dolores Hydock is an actress and story performer, whose work has been featured at a variety of concerts, festivals, and special events throughout the U.S. She has been a featured storyteller at the National Storytelling Festival in Jonesborough, Tennessee, has been Teller-in-Residence at Jonesborough’s International Storytelling Center, and her twelve CDs of original stories have all received Resource Awards from Storytelling World Magazine.

Dolores is originally from Reading, Pennsylvania, home of the Reading Railroad and Luden’s Cough Drops. Her hometown is where she won her first blue ribbon in storytelling in a local contest at the age of 5. The real gold letters on the blue ribbon convinced her there was obviously a fortune to be made in the performing arts. She continues to hope.

As an actress, she has been featured in the one-woman plays Tony Curtis Speaks Italian and All I can Say is ‘I Love You,’ Take a Ride on the Reading, In Her Own Fashion, Shirley Valentine, The Search for Signs of Intelligent Life in the Universe, Becoming Dr. Ruth, Fully Committed, The Lady With All the Answers, and Nothing Sacred: An Evening of Stories by Ferrol Sams. Her early theatrical career included portraying the Statue of Liberty in a Fourth of July pageant. The role required her to stand on a float in the middle of a pond, wearing a 20-pound electrified crown on her head. She somehow managed to survive that role without drowning or electrocuting herself, but has avoided historical dramas ever since.

Dolores lives in Birmingham, Alabama. In her spare time, she tends a garden that includes a pomegranate bush, muscadine vines, blueberry bushes, a 20-foot jujuba tree, and a family of slugs the size of cheap cigars. She’s held a wide variety of jobs: She’s been a house parent at a halfway house for juvenile delinquents, a blues DJ, an au pair in Paris for three small children, a computer sales representative for IBM, a cookbook copy editor, an acting teacher at Birmingham-Southern College, and a teacher of Cajun dancing. If anyone questions her strange path through such a variety of jobs, she simply says that it’s all just material for her stories.