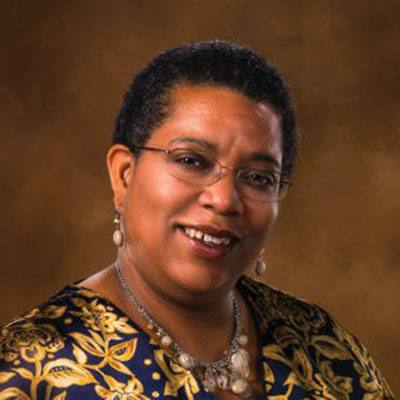 Sheila Arnold currently resides in Hampton, VA. She is the CEO and Lead Performer of History’s Alive! and her major focus is performing, managing and marketing this flourishing business. Through History’s Alive! Sheila has given over 600 presentations for schools, churches, professional organizations and museums, in 26 states. In addition, she contracts with Colonial Williamsburg Foundation to present Historic Character Interpretation and teach teachers at their Summer Teachers Institute. Sheila has twice been one of the featured “regional” Storytellers at the Colonial Williamsburg Storytelling Festival. Sheila has also presented Professional Development sessions, Storytelling Programs and Character Presentations at educational conferences, including Valley Forge Teacher Institute (2 years), Social Studies Conferences in New York, Louisiana, Virginia, South Carolina, Arkansas and Oklahoma, and at the National Council of Social Studies. Previously, Sheila has worked as a Social Worker with aggressive adolescents having emotional problems, a Hampton City Schools Substitute Teacher and led a Drama Ministry. She often uses her creative talents to do creative writing and/or drama workshops with children and teens, and has been called on to be a motivational speaker for high school students and young adults on many occasions. Sheila was a Coordinator for Colonial Williamsburg’s Teachers’ Institute for the past 6 summers, where she had the privilege to work with and train teachers further about colonial history and exciting teaching techniques. Previously at Colonial Williamsburg she held positions as Manager of Programmatic Outreach, and Assistant to the Director of Public Relations . Through these positions Sheila learned she loved developing, coordinating and scheduling programs for guests and visitors. Often she was called upon by Administrative Officers and Conference Sales to develop itineraries for high-level organizations and groups coming to visit. Earlier she worked with Information Technology Systems (ITS) and was the manager of their first ever weekend-shift, and created the training document used for new employees coming into the project. In addition, she was a Mary Kay, Inc. Independent Senior Beauty Consultant. For three years, she was the Drama Ministry Director at First Baptist Church of Hampton, VA –where she created a viable “seasons” of major and small plays, as well as directed and wrote many original skits and plays performed at the church. Sheila has performed in a myriad of ways since she was eight years old, including the role of a “Little Ray of Sunshine,” a slapstick comedy which was performed on several Army bases in Germany. She has been writing – poems, plays, fiction and songs – since she was in 7th grade, where she was encouraged by her English class to read several of her stories for her classmates. Sheila has written and directed many plays, and is often asked to collaborate with other playwrights or evaluate their work. In 2003, Sheila premiered her monologue series, “And the Women Were There…” (7 women who talk about their life with Jesus) and has a full-length play of the same title. Sheila often presents one or two of these women to requesting organizations. She also offers a full-day or half-day workshop focusing on women in the Bible and relating to the woman of today. Finally, Sheila has been doing character portrayals since 1998 where she took on the role of Ol’ Bess, an 18th-century tavern slave. Ms. Arnold also has a variety of other interests, including working with youth, reading legal mysteries, watching football and basketball and traveling.