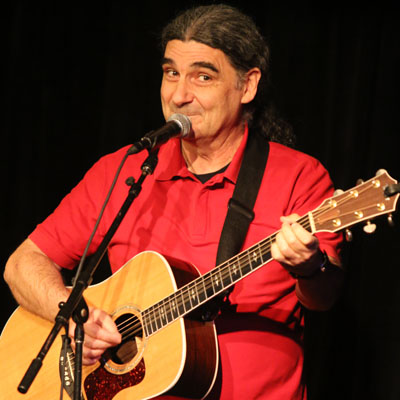 There is no one-word description for award-winning singer, songwriter, comedian, author, and storyteller Don White. He has brought audiences to laughter and tears for thirty years, released nine CDs, three live DVDs, and a book, Memoirs of a C Student. White has opened for Arlo Guthrie and shared a bill with Janis Ian and Lyle Lovett. White’s arc as a writer and performer has taken him from his industrial hometown of Lynn, Massachusetts, through Boston’s comedy clubs and coffeehouses, and onto stages around the country. At every point, White has been the ultimate observer, infusing his work with his experiences as a husband, a father, a seeker, and a joker. “White is a riot on stage, a bona fide crowd pleaser. One of the most popular acts on the circuit. He plays an audience the way Leo Kottke plays a 12-string.” – The Boston Globe

Don White is a storyteller-comedian-author-troubadour-folk singer-songwriter, and since it’s his first time performing at the Timpanogos Storytelling Festival we thought it would be nice if he could introduce himself to our Festival attendees so we asked him three questions.

1. This is our 30th anniversary and we’re so happy you will be celebrating this milestone with us. As a first-time teller at the festival, what would you like our audience to know about you?

“My performances used to be songs with little stories in between them. Over the past twenty years they became stories with little songs in between them. I like to go back and forth between being funny and being serious. I think humor that is friendly and not mean spirited is a very powerful tool for connecting with an audience. I’m interested in putting stories into the world through as many genres as possible. Whether I am singing or telling, being funny or serious, speaking plainly or poetically, I am always trying to serve the story so that it will find as many ears and hearts as possible.

Old people are hunched over by the weight of their untold stories.
If you encourage an old man to tell you his stories you will see his back straighten and his skin tighten quite discernibly with the telling of each one.
If an old woman could find an attentive ear for the dispensing of only one story each day she would be young again in the span of one year.

An odd world, don’t you think, where billions of stories live for year upon year in search of a place to be told?

Of what earthly good is a story without an ear to receive it, without a mind to be challenged by it, without a sense of wonder to marvel at it and, most importantly, without an open heart to possibly see the world differently after being moved by it?

It is something of a miracle to me that a body of ninety years can summon the strength to move one inch under the weight of ten thousand untold stories.” 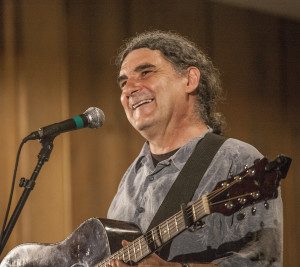 2. Our theme this year is Timeless Tales. Would you consider your stories to be more timeless (traditional stories) or timely (personal narrative)?

“My stories and songs are drawn from my life. I’d like to think that the stories I tell from my life focus on universal themes.”

3. How can a new fan hear more from you after the festival? Do you have any published work, a website or other social media sites?

“I have a website: www.donwhite.net – and a facebook page: https://www.facebook.com/Don-White-62176263069/ – My ten CDS, my two DVDs and my book are available on the website as well as lots of concert video for viewing.

You can see Don and all of the other tellers at the 30th Anniversary of the Timpanogos Storytelling Festival September 5-7, 2019 at the Ashton Gardens at Thanksgiving Point by purchasing tickets online or at the gate. 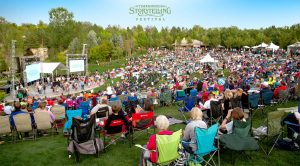