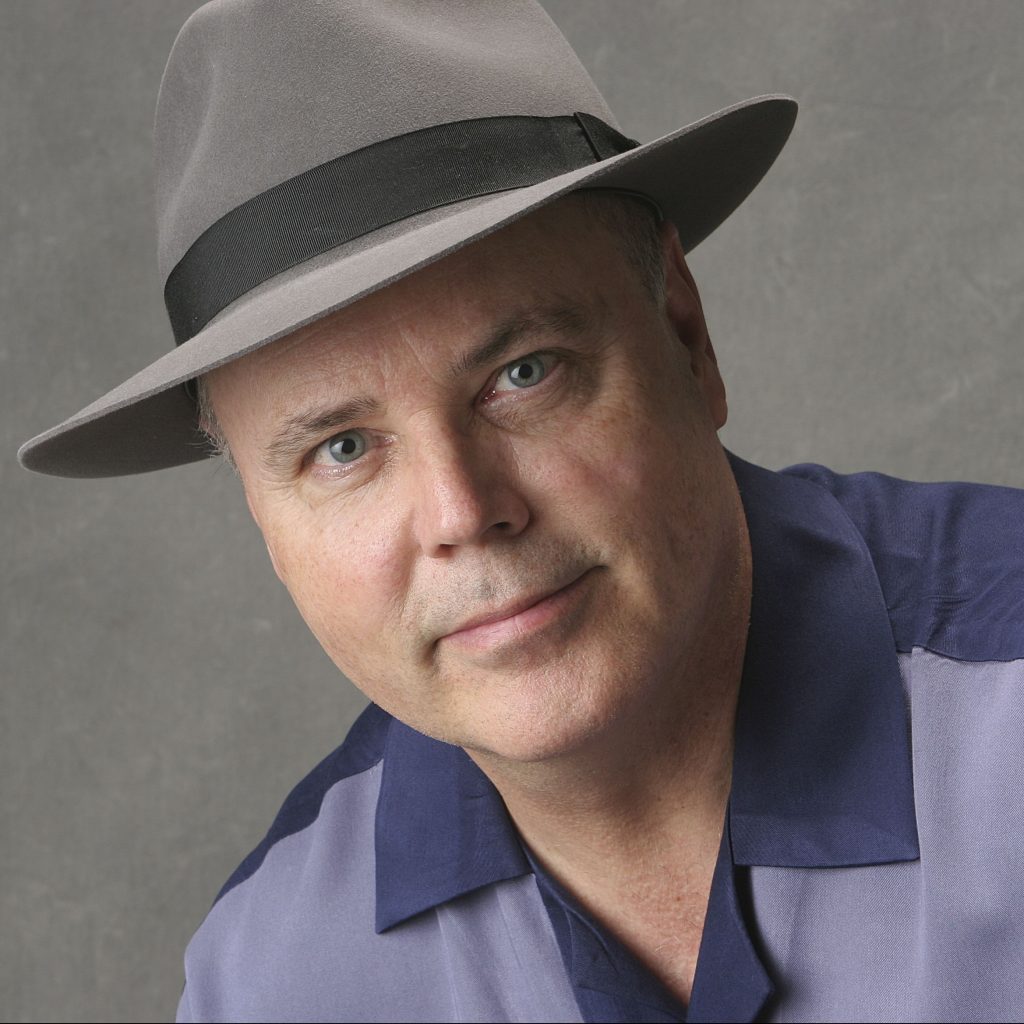 Four-time Grammy Award winner David Holt is a musician, storyteller, historian, television host and entertainer, dedicated to performing and preserving traditional American music and stories. Holt plays ten acoustic instruments and has released numerous recordings of traditional mountain music and southern folktales. A native of Garland, Texas, Holt’s family moved to Pacific Palisades, California, while he was in junior high school. He recalls his early musical and storytelling influences: “I grew up in a family of informal storytellers, and there was plenty to tell about our wild and wooly Texas forefathers. Storytelling was just a natural part of family life for me. I never thought about telling stories in public until I began to collect mountain music and came across interesting and unusual anecdotes from mountain folks. I began to use these stories in concerts and realized the power storytelling holds.” As for music, Holt says, “The only homemade music in our house was played by my father on bones and spoons that had been passed down in our family for five generations. In 1968, I sought out Carl Sprague, the first of the recorded singing cowboys. Mr. Sprague taught me to play the harmonica and regaled me with old-time cowboy stories. This experience introduced me to the excitement of learning from the source…. the old timers themselves.” After graduating from the University of California at Santa Barbara magna cum laude in biology and art, Holt turned toward the southeastern mountains to pursue his growing interest in traditional music and storytelling. He moved to western North Carolina and immersed himself in the vital folk culture there. While collecting the traditional music of the mountains, Holt discovered folktales and true-life stories, which he began integrating into his concerts. He has been exploring and performing this unique form of entertainment ever since, using traditional music and stories in all his performances. Since 1981, Holt has pursued a full-time career in entertainment. Today, he brings to the concert stage the fun and spirit of old-time music and storytelling. An evening with David Holt offers tales, ballads and tunes told, sung and played on the banjo, slide guitar, guitar, harmonica, bones, spoons and jaw harp. His audiences are constantly involved, learning to play the paper bag, applauding the vitality of his clog dancing, listening to the haunting sound of a 122 year old mountain banjo, or being spellbound by a ghost story.