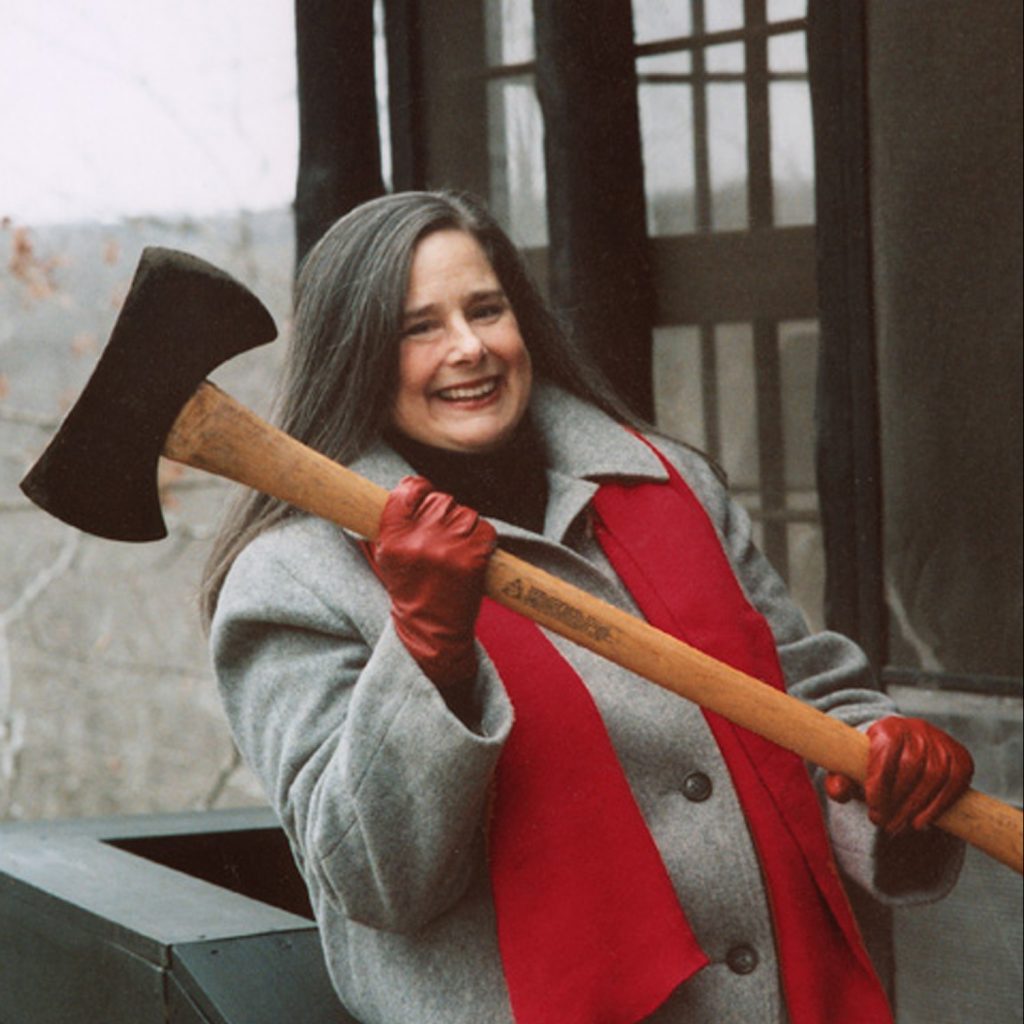 Beth Horner is noted as a vivacious talent dedicated to providing an entertaining and empowering experience for her listeners, young and old. With a comic sensibility and warm, energetic style, Beth possesses a repertoire of stories that has been called “heartfelt, articulate and truthful.” Her stories are renowned for their high comedy and stunning drama: from her hysterical childhood farmyard escapades to eerie folktales of her native Missouri, from a side-splitting bawdy spoof on romance novels to a courageous tale drawn from her great-great grandfather’s Civil War diary, and from the humorously inspiring story of a song that motivated change in a city’s sewage policy to her comedic tour-de-force tale told with nothing but the buzzing cadences of a kazoo. A National Storytelling Network Circle of Excellence Oracle Award winner, Beth has been sought after as a storytelling performance and teaching artist since 1983. She has performed multiple times at the National Storytelling Festival, on Live From National Geographic, at Miami’s International Art of Storytelling Festival, and most recently served as narrative consultant for NASA/Johnson Space Center’s Story Mining project for which she collected the stories of the scientists behind the Apollo Space Missions. Horner’s lively, traditional storytelling style often incorporates music, creating a unique performance which critics have called “dynamite!” Each program for children, teens or adults is designed for the specific audience’s age and interests (with listener participation for young audience). An acclaimed performer for over 28 years, Beth Horner takes her listeners on journeys of adventure, warmth, wonder, haunting eeriness and raucous laughter. Beth’s goal as a storyteller is to entertain and to encourage her listeners to dip into the wealth of their own imaginations. “When you watch a story on television or in a movie theater, you see one person’s (the film maker’s) depiction of the an image – of a monster, a prince or an enraged tiger eating a buffalo chip! When you hear a story, you create that image yourself. When I’m telling stories to 50 different people, there are 50 different movies going on in the minds of listeners. Nothing is as powerful or vivid as your own imagination.” Beth came to the art of storytelling naturally, having been raised in Boone County, Missouri by a city grandmother who told her fairy tales learned from library books, an English Professor mother who introduced her to literature and poetry, a sister who starred her in farmyard productions of plays and musicals and a Farmer/Meteorologist father who regaled her with stories of her ancestors – of both good and questionable repute! Beth’s love of all kinds of stories – traditional, literary, family, musical, historical and hysterical – makes her the perfect emissary into the world of story.